This 2015 release from Ken Hardley features many of the qualities that he has displayed onstage in a long career of bringing music to the people. The distinctive and deceptively versatile voice, expressive instrumental work, imaginative arrangements, collaborations with outstanding musicians, as well as other familiar Hardley-ish characteristics and activities pervade this recording.

The album features nine songs penned by Hardley himself, one with help from his friend, Steve Piper and another with Granddaughter Madison. These songs explore relationships – from anticipation, to hope, to bargaining and reluctant resignation, to finality, and to fond remembrance. Almost any way that a relationship can make you suffer, it’s probably here somewhere. But usually that suffering is presented through the bemusing and less-than-fully-serious lens through which Hardley habitually views the world.

As always, Hardley surrounds himself with first-rate musicians. John McEuen (Nitty Gritty Dirt Band), Mary Ramsey and Jeff Erickson (10,000 Maniacs), Joe Dady (The Dady Brothers), Steve Piper, and many more, make appearances. Some of their contributions are solos that demand repeated listenings. Hear McEuen and Dady exchange solos on “Possum Trot” or Mary Ramsey’s viola on “Edna and Julia”. Some are more artful ambience-creating offerings, such as Erickson’s work on “Probably Just Fine.”

Interpreting the work of others has always been one of Hardley’s great pleasures and, along with his own songs, Hardley pays homage to three musicians who have affected his personal musical development, David Bromberg, Steve Piper, and Rickie Lee Jones.

Produced by Armand Petri (Goo Goo Dolls, Sixpence None the Richer, 10,000 Maniacs, Flaming Lips), this album takes what is basically bluegrass/folk instrumentation and steers it into many different musical territories. Give it a listen. It’s music that might stretch your sensibilities. If you like that sort of thing.

GOODBYE ON ICE
It started on an icy pavementThe girl walked up to a boyNext to her he said, “hi” then she started to cryAnd then he said “goodbye.”
Chorus:Goodbye goodbye goodbye goodbye goodbye goodbyeGoodbye to you
The met in an abandoned boxThe joker and the thiefOn a cement pad he said, “Hey there Iliad,there’s a girl that says I look sad.”
Chorus
They were walking in a far off echoThey could smell the light of dawnAre you the Yin to my Yang?Are you the Chang to my Ang?Let’s go for a ride May Pang
He said, “Baby” in her earAll things became unclearIn a place between love and fearA hopeless souvenir

There was air, there was sound, there were light wavesAs she picked up two small thingsShe put them in a bag and wrapped herself in a flagAnd explained the coefficient of drag
Chorus
It started on an icy pavementA girl walked up to a boyNext to her he said, “hi” then she started to lieThen he said goodbye.

PROBABLY JUST FINE
I haven’t seen this girl now in almost a yearShe sent me a message at Christmas but her words weren’t quite clearI think I should have asked her if she thinks about me sometimesThe truth is though, to leave it like this, is probably just fine
It said. “I’m fine I could be better how are you?” and all that kind of thing“I’ve got thoughts of you thought that I’d say hi and I might see you in the spring.I like my job I know people who talk to me sometimes.  The truth is though, to leave it like this, is probably just fine.”
Chorus:
If there’s a way to have her stay, I don’t know what I’d do.On a hillside gently sitting with the air so stillAnd the sky so full and blue.There’s blues there’s fate and there’s love that’s lateand way too far away.I read her mysterious messageOne more time today.
I’d look at her, she’d look at me, and we’d laugh to change the tone.She’d send me notes and they come close and then she’d call me on the phone.I’d say incomprehensible things and repeat myself to keep her on the line.The truth is though, to leave it like this is probably just fine.
The one time we ever touched, there were people all around.We embraced lightly, she was thin and feeling very down.It was a day of loss and sadness like an airless and deep mine.That’s just the way we left it And the probably just fine.

You were supposed to be my queenTraveling and sleeping with meWe’d take our things and our loved ones with usWe’d go on a boat on the sea.
With your hair piled up high and your dress so fineYou looked like a vision to me.You were always my princess but that was the endWe went back to the Poisonous Tree.
Chorus:It’s the end.  It doesn’t feel like the end.We can always restart and amend.Sometimes I don’t know what you mean.You were supposed to be my queen.
Don’t you remember the night that we criedAnd promised to live through the warI was yours you were mine, we owned this town.For us there would always be more.
I don’t mean to belabor this sad little pointBut I can’t get it out of my mind.We’re living our lives from two miles apart.We left our kingdom behind.
Chorus

RID OF YOU
I thought we were in love for a very long timeWhen we were together it was so divineNow I’m throwing out the stuff that you left in my carThe wipes and the bags and the Hallmark cards
That lovely quilt that took you weeks to makeAnd those gluten-free cookies that you tried to bakeThat picture from vacation just before the Big PoutOpen up the door this stuff is going out.
I’m getting rid of you
When I walked in the room you’d put the phone down fastThose guys you were talking to from your pastOn the site you were SexyMama716You look real good next to the other chicks
Screenshots of your talks with a teenage boyYou said, “I talk to him a lot, he’s not a little toy.”I thought that I’d keep that Superman shirt.Nah, I’ll put it in the garbage with your funny little skirt.
I’m getting rid of you.
I thought I’d seen it all, then there was that Boy ScoutYou’d go to see him sometimes whenever I was outYou said, “I’ve got to talk to someone about my troublesYou can’t possibly think that we could be a couple?”
There were men from the Saloon and the hookup siteA week after I was was gone a guy spent the nightBut they made a rapid exit past your welcome mat,They got rid of you too.  How about that?
I’m getting rid of you.
SOUTH AMERICAN MARRIAGE
Let’s go watch the religious girls drop off their kids at schoolThen they’ll have all day to drive around and thank the lord for the home ruleI’m going to South America to see a girl I don’t knowThey might just know just who I amThe long lost gringo.
There are days I feel my years, there are days I feel my nights.They follow me no matter where I go they’re my first and last rites.She dances with a glass of wine in her hand, dainty like an ampersand.That’s what they do in South America, revolutions mountains and sand.
The last thing you remember well is the last time you remembered herSoft brown so full of grace Holy Grail, sad eyes, demureI’m on my way to South America to see a girl I don’t knowIf I don’t lose my way aloneMy language and my home.
I watched my friends grow old in this town and I was one of them There was smoke in vogue, some guys named Koch, and other confidence men.I’m on my way to South America to see a girl I don’t know It’s my Manifest Destiny, it’s my Doctrine from Monroe 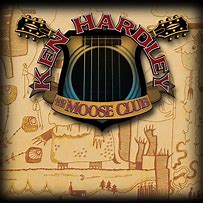